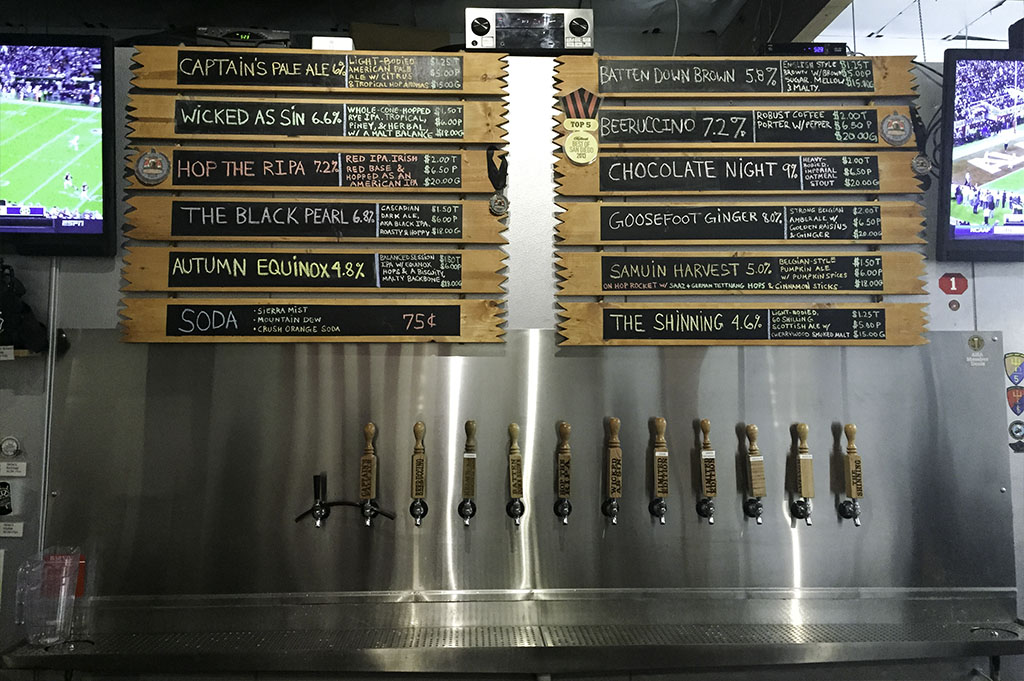 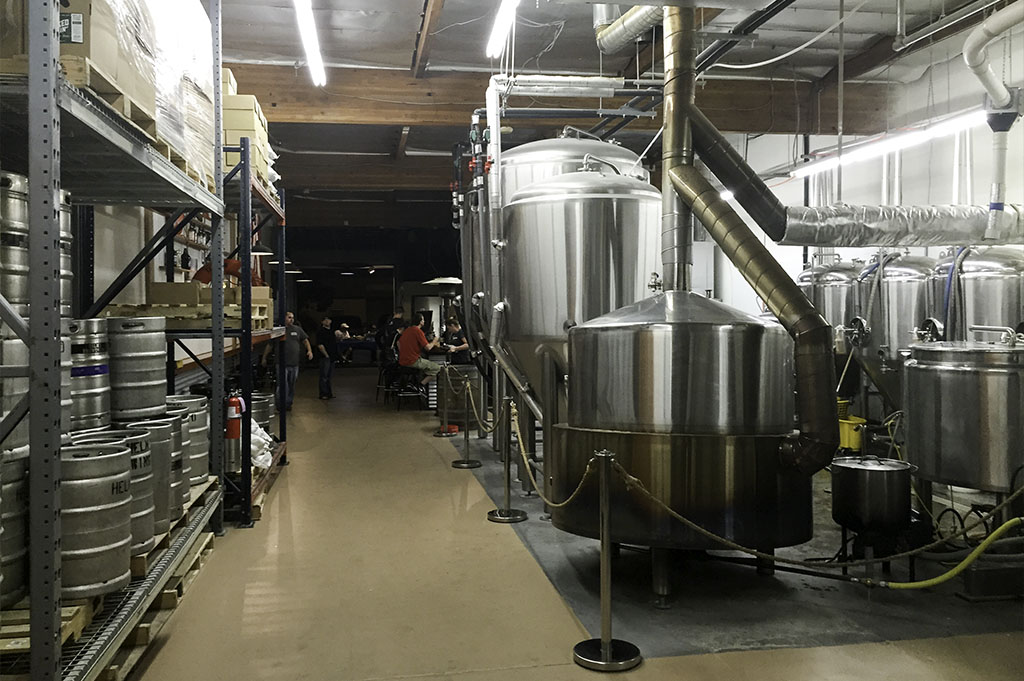 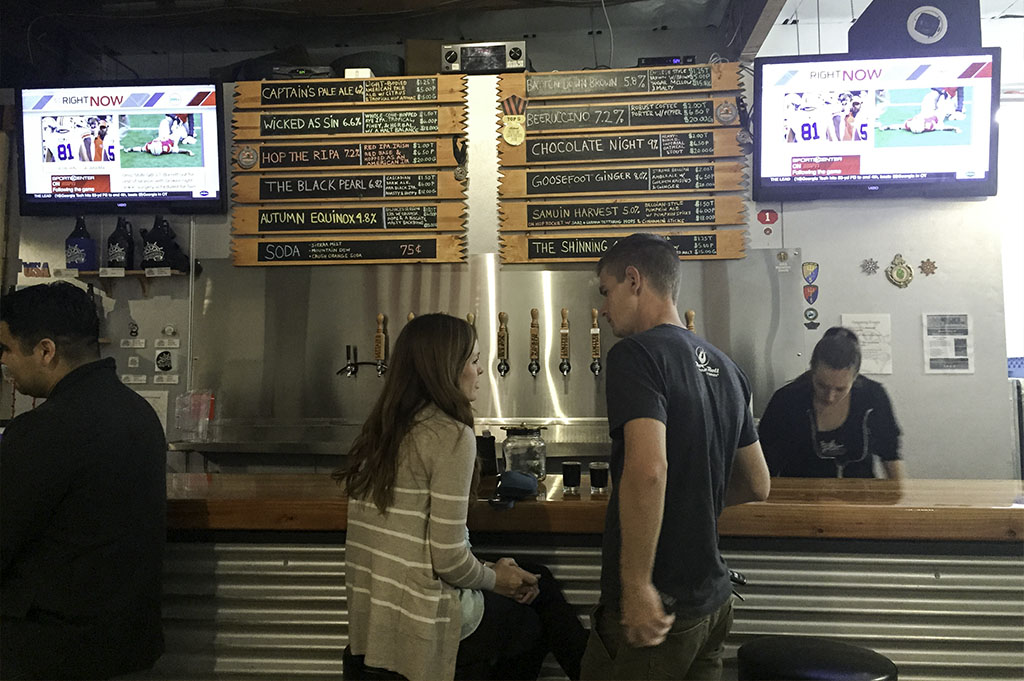 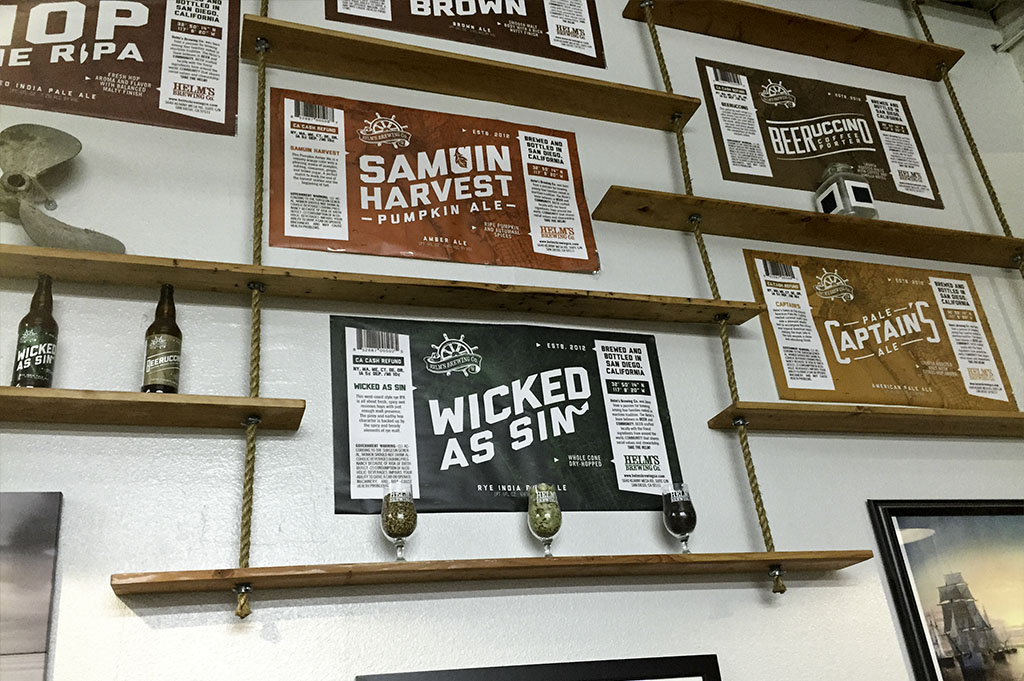 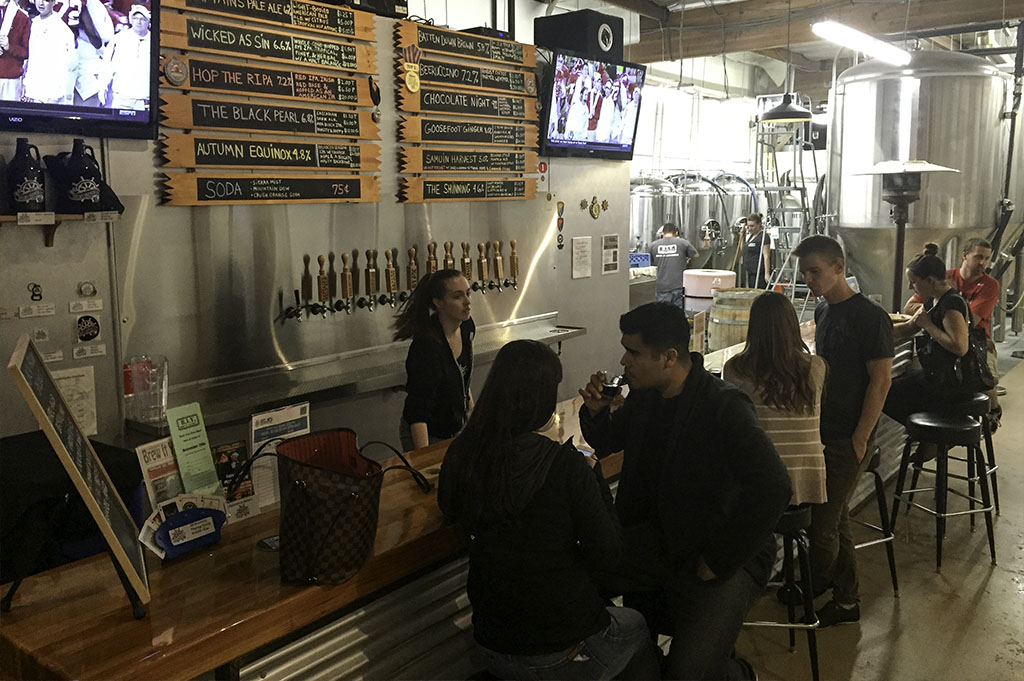 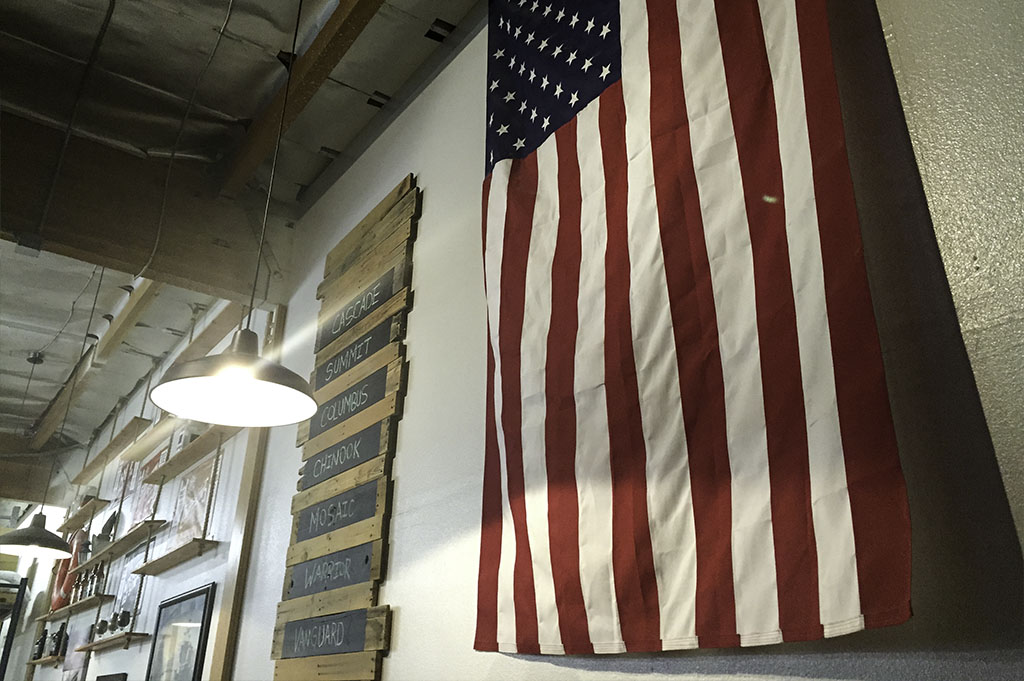 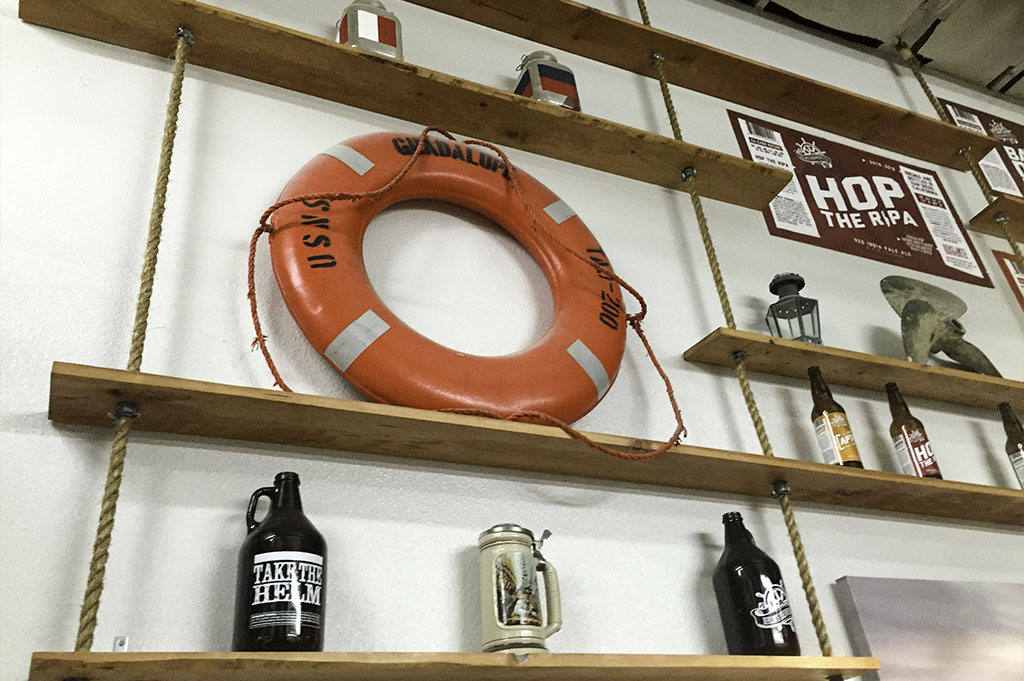 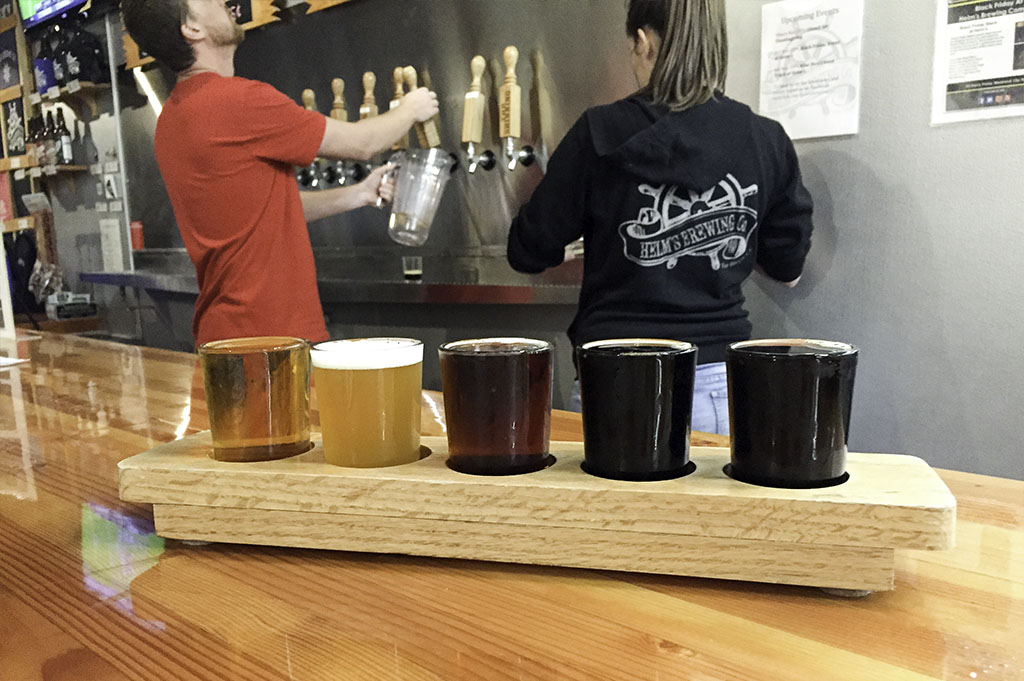 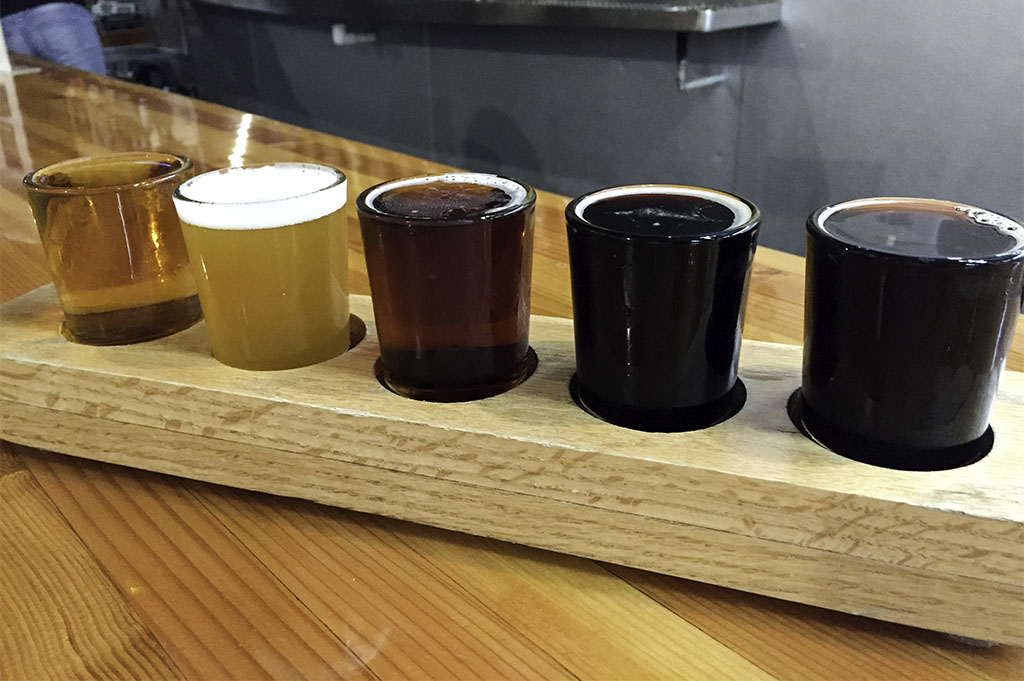 Helm’s Brewing Company is centrally located in the southwest corner of the 52 and 163 in Kearney Mesa, off Clairemont Mesa Blvd. We showed up on a Friday night and got a chance to have a couple of really good Craft beers with General Manager Matt Johnson. Helm’s Brewing Company is in a business park like most local breweries. I got to say its business in the front and all party in the back!

We had a really good time discussing Aztec sports with Matt, a SDSU grad and now “Business of Craft Beer” instructor.  He gave us the full low down on what the brewers have been up to and their recent expansion. The beers were all really good and the atmosphere really cool! I loved the maritime décor which consisted of ship’s wheels and art that completes the theme. The tasting area has a bar and there is plenty of room to hang out, watch a game or a play a game with friends. Helm’s brewing is done on site, so you get that wonderful craft brewing aroma and beautiful steal brewing tanks lets you know this is for real! Helm’s Brewing Company is a stop you need to make on your journey through San Diego’s Craft Beer Scene.

A porter by Malt recipe, Beeruccino is a suitable replacement to an after dinner Cup-of-Joe. We use highly roasted malts in the mash. During the boil an addition of clean American hops and black pepper match the complexities of locally roasted coffee. Almond wood chips add subtle vanilla notes to round it out during fermentation.

This Red India Pale Ale is a sterling example of excess. Ample amounts of malts and hops provide a fresh aroma to this curiously balanced and malty beer. Hops in both the boil and dry hop process will keep a delicious aroma throughout the pint. This beer is very capable of overloading the unsuspecting pallet.

This beer is fresh and spicy with resinous hops and very little malt presence. The piney and earthy hops provide a stand out character for this West-coast style rye IPA that is untraditional to that of a common San Diego IPA. 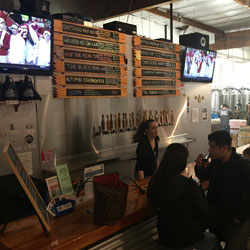