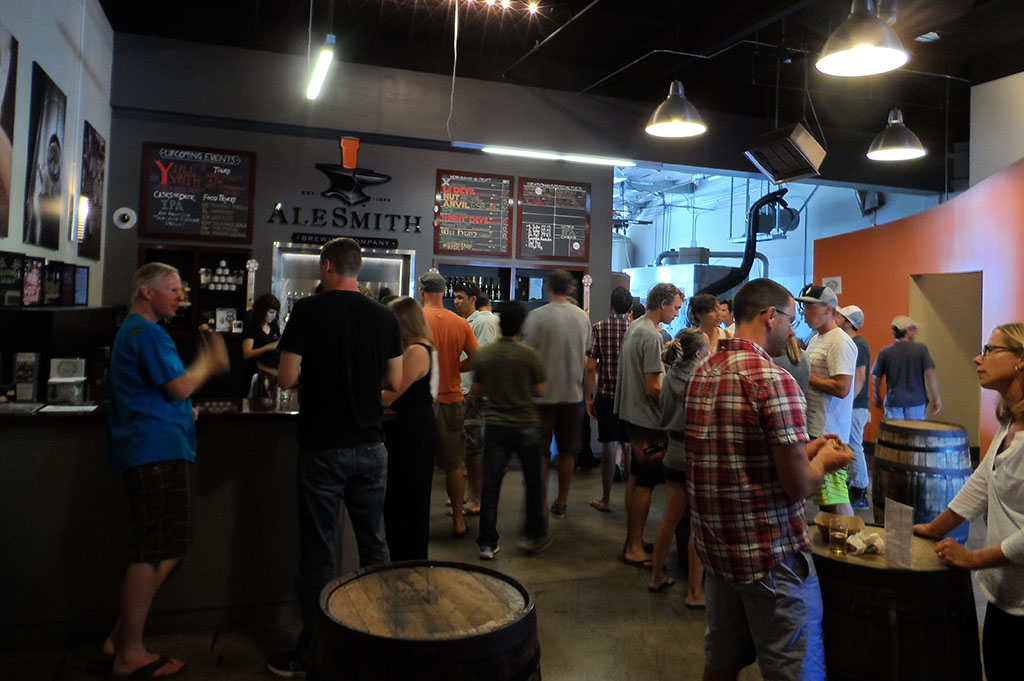 Founded in 1995, AleSmith Brewing Company is a San Diego based artisanal craft brewery that specializes in handcrafted ales inspired by the European classics. Deeply rooted in the amateur and craft brewing communities, AleSmith ales have continued to garner both national and international awards. This year, AleSmith will be celebrating its 20th year in production. And what better way to commemorate this momentous year than to open a state-of-the-art brewery in Miramar at 9990 Empire Street. Expected to open summer 2015, AleSmith 2.0 will feature an entirely new tasting room and brew system with the capability to pump out more than 100,000 barrels/year only two blocks west of the original location. Please come visit us and taste the legendary craftsmanship for yourself.

Good Eats says you need to taste the beers below…

1995: Humble Beginnings
AleSmith Brewing Company is founded in a small single-unit space in the commercial district of Miramar, San Diego and packed with a 15 bbl brew system, tasting bar, office, and a three-man team.

2003: The Barrel Age
AleSmith rocks the world’s beer community with its first release from the barrel, the epic Barrel Aged Speedway Stout. This 12% ABV beast hibernates in bourbon barrels and has been consistently recognized as one of the best beers in the world.

2015: Forging Ahead
AleSmith is positioned to expand into a new building, increase production, and launch new markets on a global scale. The new state-of-the-art brewery, located at 9990 Empire St. off of Miramar Rd., is currently under construction only two blocks west of the original facility which will showcase a custom Steinecker 80 bbl brew system.

5.5% ABV 30 IBU
Anvil ESB Ale was the first beer produced when the brewery opened, and remains our flagship ale. Bright copper color with light tan head. Malty slightly hoppy aroma. Caramel and malty flavors with a perfect balance of imported English hops
AleSmith Speedway Stout
Imperial Stout
12.0% ABV  70 IBU
Speedway Stout’s ominous, pitch-black appearance has become a hallmark of this modern-day classic. Chocolate and roasted malts dominate the flavor, supported by notes of dark fruit, toffee, and caramel. A healthy dose of locally-roasted coffee from Ryan Bros. Coffee, Inc. added to each batch brings out the beer’s dark chocolate flavors and enhances its drinkability. Despite its intensity, Speedway Stout’s fine carbonation and creamy mouthfeel make it very smooth and surprisingly easy to drink. This beer ages very well and will continue to mature for many years to come.
IPA
American IPA
A San Diego classic, AleSmith IPA showcases the versatility of American hops. Aromas of grapefruit and tangerine lead into an abundance of fresh pine and tropical fruit notes followed by a crisp, resinous bitterness. The complex hop profile is supported by a firm malt presence to create an incredibly flavorful and well-balanced IPA. 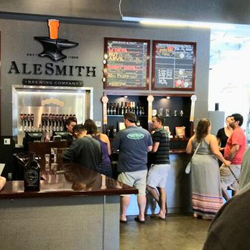