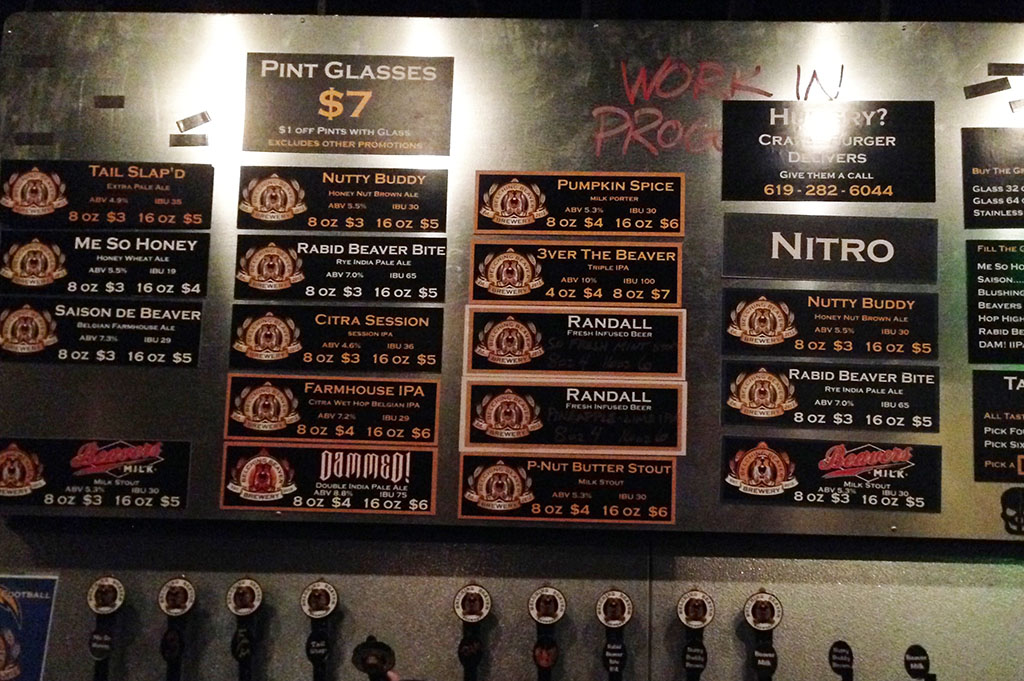 Belching Beaver does not brew good beer. We brew truly great beer. Currently, we are crafting 7 distinct beers that range from blondes to stouts, which are sure to please anyone’s tastes. Our first priority is using quality ingredients to create the beer recipes at our microbrewery. When we decided to move forward with the brewery, we told Troy not to worry about how much money we were spending on ingredients. With a name like Belching Beaver, we better have great beer or we would be the biggest joke in town. We contracted our hops before we found a location or even bought equipment. I told Troy that I would throw any beer out and delay opening unless it was perfect. In truth, we had no worries because Troy makes great beer. He did not disappoint! As my wife would say, “It’s fabulous.” Our customers say, “They’re all fabulous.” As Dave would say…well he would sniff out each aroma hop, and then describe the grapefruit flavors, the honey overtones and the crisp clean orange peel that delights the palate. I just say, “Man, great beer!”

Hop Hwy IPA
ABV: 7.3%, IBU: 65
Named after California’s Highway 78, this India Pale Ale was brewed in commemoration of the 50th Anniversary of the city of Vista. With plenty of Galaxy, Falconer’s Flight, Southern Cross and just a tad bit of Nelson hops, our latest IPA is truly sessionable. Aroma’s include grapefruit, passionfruit, and citrus.
Silver Medal – World Beer Championships 2014
Peanut Butter Milk Stout
ABV: 5.3%, IBU: 30
Our Peanut Butter Milk Stout is simply irresistible. It’s like dark chocolate Reese’s in a glass! Rolled oats and Lactose add to the creamy body of this beer while heavenly aromas of roasted buttery peanuts and chocolate greet you with every sip. Try this out with a scoop of vanilla ice cream for a real treat!
Silver Medal – World Beer Championships 2014
Bronze Medal – World Beer Championships 2015
Me So Honey – Honey Wheat Ale
ABV: 5.5%, IBU: 19
This beer is smooth with lingering tastes of honey. It is made right here in Poway from wild flowers and cloves. This is a very drinkable beer for both the novice craft beer drinker to the experienced triple IPA beer guy. We have gone through kegs of this beer already. 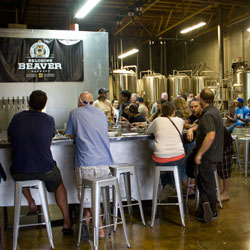