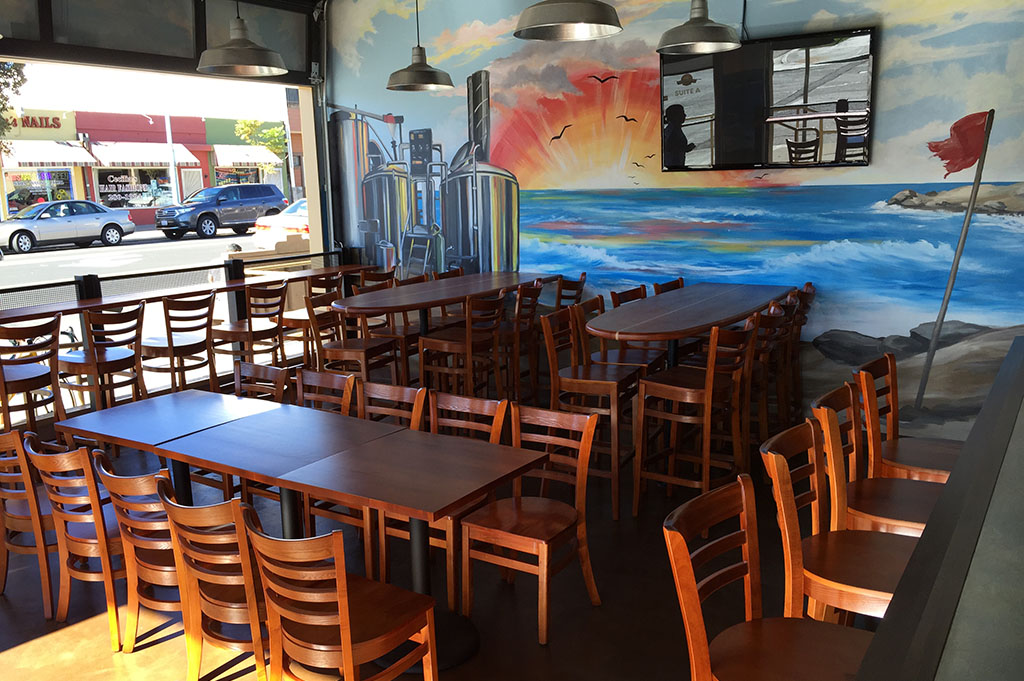 At Rip Current Brewing we are going against the flow in the brewing industry by focusing on robust, flavorful beer styles from around the world. While the tidal wave of beers in the marketplace are lightly bready and largely tasteless lagers, we are creating a rip current by brewing beers that go against the tide engaging your palate with rich malty, big hoppy, sweet fruity and even some barrel-aged and sour style beers. Our goal is to give you the broadest variety of styles at our tasting room and let you tell us what you prefer.

White Caps Wheat IPA
7.5% ABV
White Caps Wheat IPA differs from the many other IPAs in our line-up both in base grains and hop character. This 7.5% IPA includes substantial use of malted wheat (20%) to provide a nice bready/dough-like backbone complementing the other light colored malts used. On top of this pale yellow backbone, we layered hops from New Zealand and Australia. The hops impart a complex (but not overpowering) combination of passion fruits and mellon character. This beer is very quaffable, so is quite sessionable despite its higher ABV.
Aereal American Brown
7% ABV
The American brown is a homebrewer invented style that originally was very hop flavored. Over time brewpubs made the beer more malt forward, but we’ll be taking it back to its roots. Our Aereal American Brown, features citrus and pine-like flavors from extensive hopping combined with the rich malt character found in many English brown beers. Like most other American beer styles, the fermentation character is clean so you’ll enjoy a clean/crisp finish. Beware that at 7% ABV, this is not your normal American Brown.
Vanilla Storm Coffee/Vanilla Imperial Porter
10% ABV
This 10% ABV Imperial Porter is aged on our custom blend of fresh Kona and Sumatra coffees, combined with Madagascar vanilla beans. We picked our coffee blend to provide a rich, complex flavor profile while not contributing acrid coffee flavor or acidity. We spared no expense using fresh Kona coffee delivered directly from the farm in Hawaii, and the most flavorful vanilla beans we could source. Vanilla Storm builds upon our Kona Storm Coffee Porter base, introducing significant sweetness from the vanilla beans. This sweetness is evident in the aroma and initial flavors to cut the somewhat roasty notes of the coffee at the finish. Vanilla Storm was our most popular pilot batch beer, so we’re excited to have more to share with you. We don’t expect to have this available for very long, so don’t wait to try it. 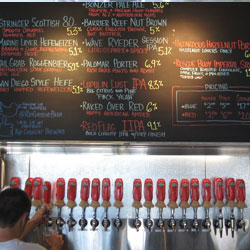